If you want to invest like Warren Buffett, you don't need to do anything extraordinary. In fact, many new investors are surprised at just how uncomplicated the Oracle of Omaha's investment style is. To sum it up in one sentence, Buffett invests in great businesses trading for less than their intrinsic values, and then he holds on to these investments for as long as they remain great businesses.

Obviously, there's more to the story than that. In this article, we'll dig a little deeper into Buffett's investment style, provide some real-world examples of how he's implemented his investment philosophy, and list the actual stocks he does (and doesn’t) invest in.

Much of Buffett's investment process is proprietary, so we don't know exactly how he researches investments. These are some of the most important Buffett investing principles that you can incorporate into your own investing strategies:

1. Look for a margin of safety

Prioritizing a margin of safety is a cornerstone of Buffett's investment philosophy. In simple terms, a margin of safety refers to characteristics of an investment that help to protect investors from losing money. For example, if a stock trades for $10 per share, but that company's assets are realistically worth $12 per share, then there's a $2 margin of safety. The intrinsic value of the assets should prevent the company's stock price from declining too significantly.

Buffett's goal is always to pay less than a company's intrinsic value. As he says, "A too-high purchase price for the stock of an excellent company can undo the effects of a subsequent decade of favorable business developments."

Warren Buffett doesn't invest in junk. You typically won't see him buying struggling businesses, regardless of how cheap they become. One of the best Buffett quotes new investors can absorb is, "It’s far better to buy a wonderful company at a fair price than a fair company at a wonderful price."

Here's another piece of Buffett advice that is extremely important for beginner investors, especially in the modern age of Reddit message boards: Don't buy certain stocks just because everyone else is. But also do not aim to always be a contrarian and sell the stocks that everyone else is buying. As Buffett does, the best way to invest is to ignore the crowd entirely and focus on finding value on your own.

He also says, "The most important quality for an investor is temperament, not intellect. You need a temperament that neither derives great pleasure from being with the crowd or against the crowd."

The obvious goal of stock investing is to buy low and sell high, but human nature can compel us to do the exact opposite. When we see all of our friends making money, that's when we feel like we should put our money in. And when stock markets crash, it's our nature to get out before prices drop any further.

Buffett loves it when stock prices drop since it creates opportunities to buy at a discount. If you were shopping at your favorite store and suddenly learned that the entire store's prices were 20% lower, would you panic and run away? Of course not. Buffett embraces discounts on his favorite stocks and says, "Opportunities come infrequently. When it rains gold, put out the bucket, not the thimble."

5. Approach your investments with a long-term mindset

One of the most important Warren Buffett quotes on investing you can absorb is, "If you aren't willing to own a stock for ten years, don't even think about owning it for ten minutes."

He doesn't choose stocks just because he thinks their prices are going to rise this week, this month, or even this year. Buffett buys stocks because he wants to own those businesses for the long term. He still sells stocks frequently and for a variety of reasons but approaches most of his investments with the mindset of owning them forever. And, if you can't get into a "forever" mentality with your stocks, Buffett has called a set-it-and-forget-it investment like an S&P 500 index fund the best investment most people can make.

6. Don't be afraid to sell if the scenario changes

A famous Warren Buffett quote from when he was asked about an investment he decided to sell at a loss, "The most important thing to do if you find yourself in a hole is to stop digging."

While he certainly wants to own every stock he buys forever, the reality is that outlooks change. It might surprise you to learn that, a couple of decades ago, Buffett bought a large position in mortgage agency Freddie Mac (OTC:FMCC). A few years before the financial crisis, he noticed the lender's management had started to take unnecessary risks with the company's capital and decided to sell. A few years later, when the financial crisis hit, it became clear that Buffett had made a smart move.

7. Learn the basics of value investing

A value investor's goal is essentially to buy $100 worth of a company's stock for less than $100 -- ideally much less. Value investors seek out and invest in companies with intrinsic values that are well above the enterprise values implied by the prices at which the companies' stocks trade. Value investors like Buffett expect that the market will eventually recognize the full value of a currently undervalued company, resulting in an increase in the company's stock price and a profit for the value investor.

Buffett regularly spends long days in his office in Omaha, Nebraska. But it often surprises investors to learn that he spends the majority of his time just sitting alone and reading or not doing anything at all. As he has been quoted as saying, "I insist on a lot of time being spent, almost every day, to just sit and think."

Buffett views knowledge as something that compounds over time, and he believes that much of his success can be attributed to the accumulation of as much investment knowledge as possible.

Which stocks does Warren Buffett invest in?

Berkshire Hathaway's (NYSE:BRK.A) (NYSE:BRK.B) stock portfolio is worth hundreds of billions of dollars, and most of the stocks were selected by Buffett himself. While Berkshire's portfolio holds about 45 different stock positions, nearly 70% of the portfolio's value is concentrated in just four stocks. Here's more information about each of these top holdings:

Learn to make money by identifying growth stocks, which are companies poised to grow much faster than the market or the average business in its industry.

Understand the basics of financial statements and how to analyze them to learn more about a corporation.

Learn how these legendary investors think & pick their best stocks—and what it takes to earn a spot on our list of the world's most successful investors.

Which stocks does Warren Buffett avoid?

Buffett avoids investments he doesn't understand well. That's the main reason you won't find many high-growth technology companies or biotech stocks in Berkshire Hathaway's portfolio. They're not necessarily bad businesses or overvalued, but Buffett knows where his stock-picking strengths lie.

One final takeaway is that just because Buffett avoids a certain sector or industry doesn't mean that you also have to. You can invest like Buffett by sticking to what you understand. 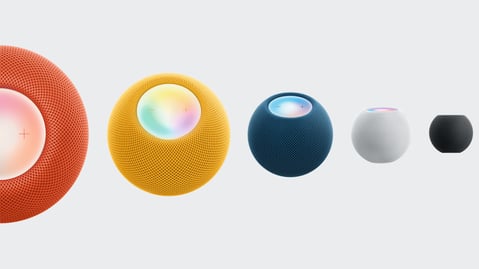 The tech company's HomePod sales have been slow to take off. But maybe there's still a chance the product line can be a blockbuster hit. 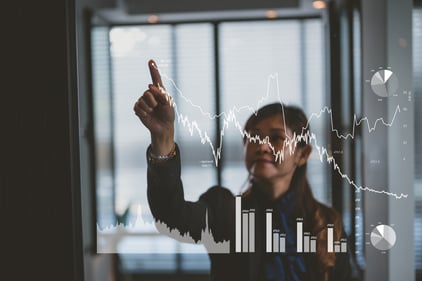 My Highest-Conviction Market Prediction for 2022

Here's how you can position your portfolio for this inevitable trend heading into the new year. 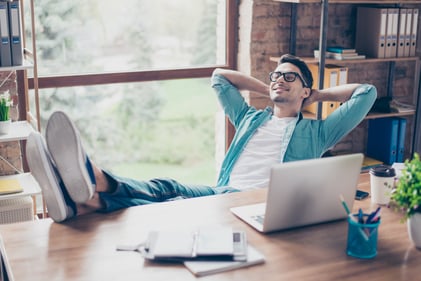 Berkshire Hathaway is designed to outperform the market no matter what the economy is doing. 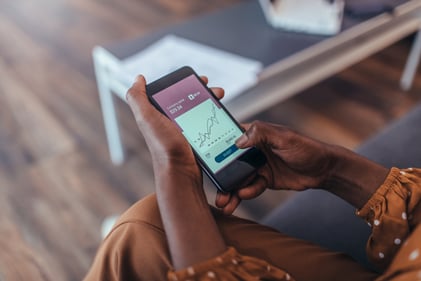 The Biggest Reason Apple Stock Is a Screaming Buy for 2022

The tech giant is preparing a big catalyst for next year. 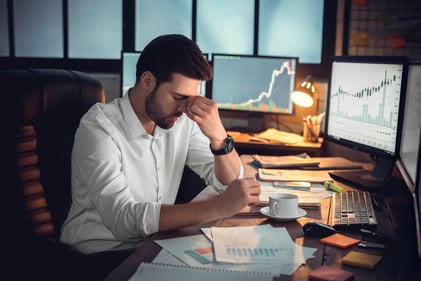 This Is the Scariest Chart for Index Investors

Index funds aren't built the way they used to be. 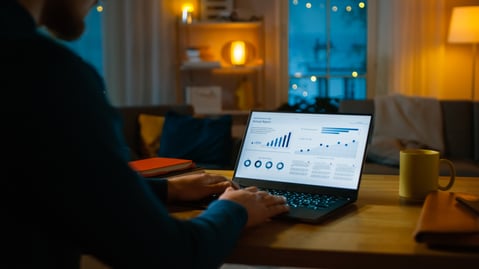 Apple's become the ultimate safety stock for investors, but that can be a red flag. 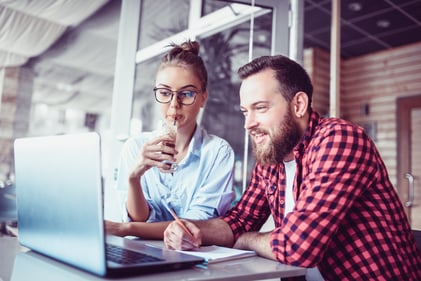 3 Stocks That Could Be Worth More Than Apple by 2035

These companies could eclipse the iPhone maker's market cap in the long run. 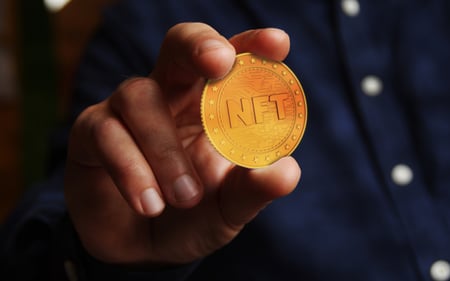 Would You Buy an NFT? 3 Investors Share Their Thoughts

The NFT craze is taking the crypto world by storm. 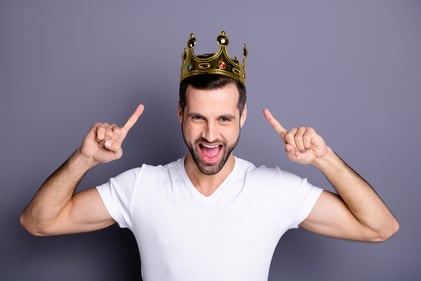 These dividend stocks are royalty and should continue paying you for years to come.

How to Research Stocks

How to Invest in Index Funds

How to Invest in Mutual Funds