Please ensure Javascript is enabled for purposes of website accessibility
Investment Advice > What Is the Stock Market and How Does It Work? > Different Types of Stocks to Invest In: What Are They? > Investing in Large-Cap Stocks
Jeremy Bowman
Updated: Dec. 20, 2021, 1:16 p.m.

If you’re like most investors, you probably already own some large-cap stocks. These are the stocks of companies with large market capitalizations, which denote their high valuations. Large-cap stocks are so named because they’re larger than small-cap and mid-cap stocks.

What is a large-cap stock?

A large-cap stock is the stock of any publicly traded company valued at more than $10 billion. Sometimes called big-cap stocks, large-cap stocks are often considered the stalwarts or blue chips of the stock market. Think of companies such as Walt Disney (NYSE:DIS), Coca-Cola (NYSE:KO), and General Motors (NYSE:GM) -- established giants with dominant positions in their industries.

The very largest large-cap companies, such as Amazon (NASDAQ:AMZM) and JPMorgan Chase (NYSE:JPM) that have market caps of more than $200 billion, also fall into the large-cap category. Some investors think of them as a separate type of stocks, called mega-caps, but, for most purposes, they’re just "jumbo" large-caps.

While many investors consider smaller, fast-growing companies to be more exciting, large-cap stocks can be very profitable opportunities for investors who take the time to understand them. And, because these mammoth companies tend to be less volatile than their smaller siblings, they can also help to diversify a portfolio of smaller stocks while still providing good share price growth over time. Their principal advantage is that they are a safer investment, being more established than smaller companies and with more reliable profit streams.

There are some large-cap growth stocks that are available, which are typically stocks such as Facebook parent Meta Platforms (NASDAQ:MVRS) or chipmaker Nvidia (NASDAQ:NVDA). There is no strict definition for a growth stock, but, generally, any company increasing its revenue by 20% or more can be considered a growth stock.

However, large-cap stocks are typically the stocks of mature companies with moderate growth prospects. Investors seeking high growth potential may prefer to invest in smaller companies at the lower end of the market cap range.

Here’s a closer look at what large-cap stocks are, how to choose the best ones, and how to decide whether they’re right for your portfolio.

Large-cap companies are typically older and well-established, and they usually pay reliable dividends. Not all are household names, but many are very well-known. The large-cap blue chips are very stable businesses with respected management teams, strong credit ratings, and long histories of growth. Others, generally industrial giants, are characterized by their cyclical business cycles, meaning that their profits and stock prices tend to move with the overall economy. Some large-cap companies are fast-growing and may have been mid-cap or small-cap companies just a few years ago.

As you can see, large-caps stocks have outperformed their smaller peers over the past decade. They also have done so with less volatility since the S&P 500 didn’t drop as much as the Russell 2000 when the COVID-19 pandemic hit in March 2020.

Here are some excellent large-cap stocks to consider:

1. Starbucks (NASDAQ:SBUX) has historically outperformed the broader market since its 1992 initial public offering (IPO) and looks poised to continue gaining market share as it recovers from the pandemic. Starbucks is a good example of a large-cap stock that offers growth potential with opportunities in China, digital, and delivery, as well as reliable profit streams. The company has considerable competitive advantages, including its well-known brand, popular rewards programs, and tech initiatives such as Mobile Order & Pay.

The company started paying a dividend in 2010 and has raised it every year since, which sets it up as a potential future Dividend Aristocrat.

2. MercadoLibre (NASDAQ:MELI), Latin America’s largest e-commerce site business, is a great example of a large-cap company that is still growing quickly. Think of it as a combination of eBay (NASDAQ:EBAY), because it features listings from third-party merchants, and Amazon, because it’s building its own shipping network.

But it's Amazon and eBay with a twist -- and the twist is the company’s payment tool, MercadoPago. Originally a service like PayPal (NASDAQ:PYPL) for MercadoLibre shoppers, it has grown to become something of a multinational bank in Latin America, where it’s used to make payments at places such as grocery stores and gas stations.

3. Walmart (NYSE:WMT) is the world’s biggest retailer, as well as the world’s largest company by revenue. It has many competitive advantages, including economies of scale that work in its favor, a reputation for low prices, and stores within 10 miles of 90% of the U.S. population.

But what makes the company more than just a long-time Dividend Aristocrat is the fact that Walmart is becoming more than just a retailer. The company is leveraging its physical footprint to enter industries such as healthcare by adding health clinics. It also launched a new fintech startup in early 2021 and poached two Goldman Sachs (NYSE:GS) executives to lead it. The company has built a formidable e-commerce business that ranks second in the U.S. behind Amazon, giving it a valuable stake in a rapidly growing market. With the company clearly evolving, Walmart could be a much different organization in five or 10 years.

If you don't want to choose individual large-cap stocks, you can still gain portfolio exposure to the biggest companies by investing in an exchange-traded fund (ETF) or a mutual fund that focuses on large-cap stocks.

Here are a couple of large-cap-focused funds to consider:

1. Vanguard S&P 500 ETF (NYSEMKT:VOO) is an exchange-traded fund that tracks the performance of the S&P 500. Vanguard in the 1980s invented the index fund, and those that track the S&P 500 are still the most popular. With an expense ratio of just 0.03%, this fund is basically fee-free, making it a great option for new investors or those who prefer a passive approach to investing in large-cap stocks.

2. Fidelity Contrafund (NASDAQMUTFUND:FCNTX) is a mutual fund that invests in large-cap and mega-cap stocks, typically focusing on large-cap stocks with attractive potential for long-term earnings growth. With an expense ratio of 0.86%, it’s much more expensive than the typical index fund, but the fund is actively managed, meaning that its manager hopes to beat the performance of the S&P 500. The outperformance, at least in theory, is more than enough to offset the higher fees. The Fidelity Contrafund has outperformed the S&P 500 on a total return basis for the past five years.

How to evaluate top large-cap stocks

Great large-cap stocks come in different varieties. Some are former small-cap growth stocks that just kept growing such as MercadoLibre; some, such as Starbucks, are longtime players in industries that are difficult to enter at scale; and some, such as Walmart, are versatile giants with long traditions of strong management and steady growth.

The best large-cap stocks also tend to have recent histories of earnings growth, strong dividends, or both. Learn more below about earnings growth and dividends as performance metrics.

While earnings growth typically means that a company’s sales are increasing, that isn’t always true. Some large-cap companies can generate growth in earnings by becoming more efficient, and, therefore, more profitable over time. Those companies can also be good investments.

Dividends, the periodic distributions of profits to shareholders, can be a large-cap investor’s secret to increasing the value of their portfolios. The key is to use dividends received to buy more stock instead of accepting any dividends in cash. Most brokerages can automatically establish a dividend reinvestment plan (DRIP) at no charge.

Currently, the companies listed by the S&P 500 pay an average dividend yield (annual dividend as percent of share price) of 1.5%, although that’s historically low for the index. Remember, though, that companies tend to cut their dividends when they face economic challenges. If you’re going to rely on dividends for income, make sure to thoroughly research your target companies before buying.

Should you invest in large-cap stocks?

If you can hold an investment for five years or more, and you want stocks with relatively low volatility, then large-cap stocks might be a good fit. If your portfolio is dominated by volatile growth stocks, then adding a few stable large-caps might be a smart move to diversify your holdings without significantly sacrificing growth potential.

Remember that while large-cap stocks are often those of companies that “everybody knows,” it’s still important to do your homework before you buy. Another option is to add a large-cap-focused ETF or mutual fund to your holdings. 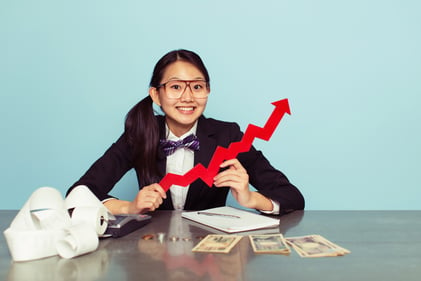 These were the most important forces driving the stock market last year. 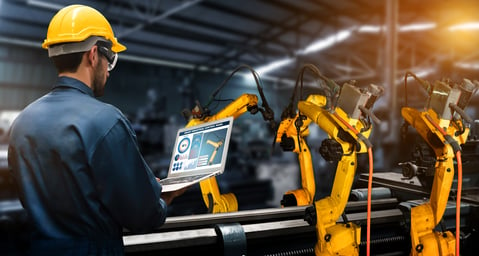 Not all growth stocks had a terrible outing this past year.

Pfizer, AstraZeneca, and Novavax will be important players in the next stages of the world's battle against the pandemic.

Why Nvidia Popped, Then Dropped Today Up just 17% in 2021, this streaming innovator might be poised for a huge run next year.

Disney+ Is Bigger Than Hulu in the U.S.

But it needs to grow internationally to reach its subscriber goals. 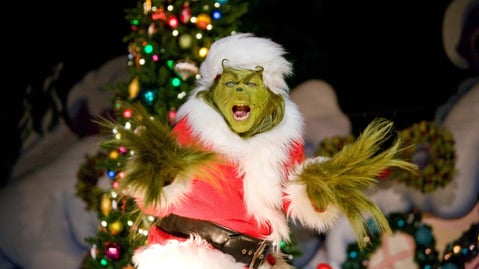 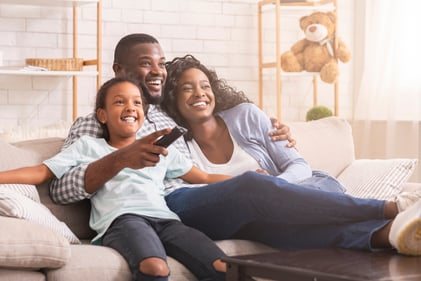 Could Disney Surpass Netflix in 2022? 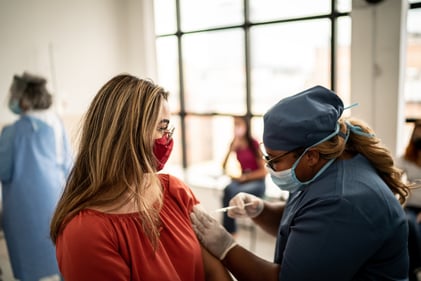 The Worst Mistake Pfizer Investors Can Make in 2022

The company's share price and revenue have soared in 2021, and that's likely only the beginning. 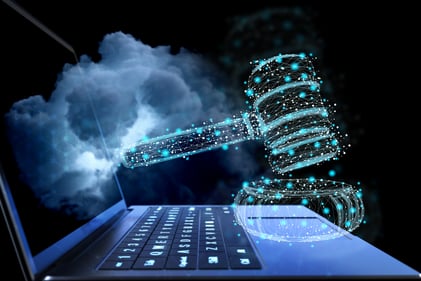 The House of Mouse is boosting its media-streaming prospects by hiring a key member of Spotify's executive team.

How to Invest in Bonds

How Many Shares of a Stock Should I Buy?